About the Asbestos Specialists

Turner Demolition and Asbestos are a licensed provider of commercial and residential demolition, asbestos removal (both class A and class B), auditing and testing. Turner are also your trusted specialist in face-fit, controls and remediations for people working with respirable crystalline silica and asbestos.

Turner Demolition & Asbestos have a long history with asbestos and demolition removal.

With Wayne Tuner (Director) Having worked with his brothers Ronald & Frank Turner @ Turner Brothers Demolition in 1985 for 15 years.

After the brothers went their separate ways, Wayne went back to plumbing for a period of time, missing his true calling as a demolition pioneer. Wayne returned to demolition helping establish and managed two local demolition company’s over a period of 15 years.

Nick Turner, son of Wayne, started working with Wayne at the age of 16 at the local demolition company Wayne was managing at the time. Nick having developed skills in extracting asbestos and demolition was pouched at 18 to be a supervisor at AARQ an asbestos removal company in Mackay. After a year with AARQ they decided to open a branch in Rockhampton with Nick at the helm to operate in the Rockhampton region, now rivals the father and son competed against one another in a battle for the best removalist. Wayne excelling in demolition and Nick dominating asbestos remediations. Years later Nick and Wayne both decided it was time to start Turner Demolition & Asbestos with the fundamentals and knowledge to approach any removal whether demolition or asbestos are involved to provide the best results clients deserve. 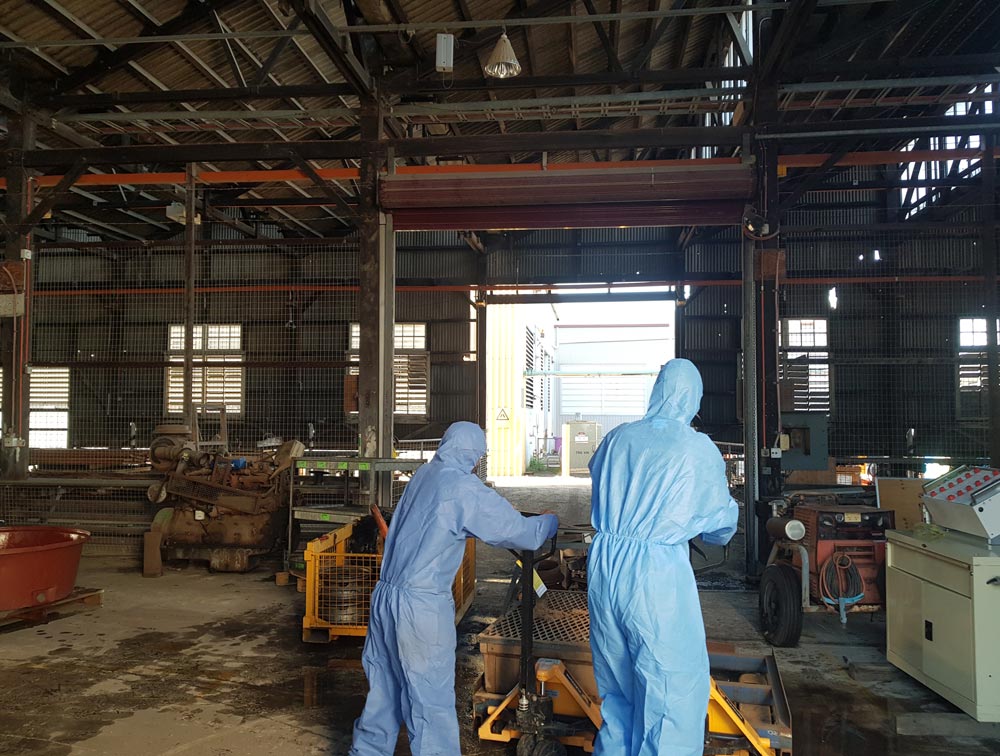 Specializing in all things asbestos Nick continues to develop his skills in hygiene, health and safety and respirable crystalline silica to provide services above and beyond.

A demolition expert, Wayne’s biggest passion is to pass on the knowledge he has gained over nearly a half century in the industry through training not only to TDA staff but contractors and clients.

“We’ve used Wayne and Nick on a few of our jobs now. Their approach to demolition is professional, with their philosophy of removing all demolished materials creating the desired result for our clients. Their approach to asbestos removal is safety-first, safety-last, safety-always. We are happy to use Turner Demolition and Asbestos – experienced, professional, and approachable.”

“We have worked with both of you for approximately three years in our role as site hygienist and on all occasions the work ethics shown on site has been to a very high standard and both your client and ourselves have had no problems on site that would prompt us to stop the job and revisit the removal work method cause it was not to an acceptable standard as per the code “how to remove asbestos safely”.”

“I have worked with TDA personnel throughout central Queensland and beyond on a variety of projects, from large scale public sector works including friable asbestos removal works in schools, transport infrastructure, to smaller private residential clients. I have found TDA representatives to take a professional and consistent approach to asbestos removal projects, with superior works planning and risk management that has always ensured projects have been executed on time and without incident.”

“Reliable with prompt detailed quotes and exemplary safety standards. Nick is the only person I trust to do my asbestos removal.”